What Factors Affect the Placement of the Acetabular Component?

We have previously talked about the importance of placing the acetabular component accurately. Here, we look at which factors do (and don’t) affect the accuracy that is achieved during total hip arthroplasty (THA).

Surgeon volume, but not years of experience, affects cup position. Barrack, et al.1 reviewed the odds of cup malpositioning in 1812 procedures (1549 THAs and 263 resurfacing arthroplasties). Low-volume surgeons had significantly higher odds of an acetabular cup outside of the target range (2.16, p = 0.002), but the number of years of surgical experience did not significantly affect the outcomes1.

The methods used to acquire landmarks affect the accuracy of acetabular cup orientation. As we have discussed previously, even with navigation, reliance on locating anatomical landmarks can lead to inaccurate positioning of the acetabular cup2.

Patient movement can also contribute to inaccurate cup positioning. During surgery, the pelvis may move in the sagittal, coronal, and transverse planes3, illustrated below. Such movements have been found to affect the accuracy of the positioning of the acetabular cup4. For example, Milone, et al.4 found that even when the patient was held rigid using positioning devices, patient movement remained a significant problem, particularly for anteversion, with 22% of anteversion values altered by >10° and 41% by >5°. Similarly, Rutherford, et al.3 conducted a computer simulation of pelvic orientations. The rotation in each plane (coronal, transverse, sagittal) was found to significantly predict errors in inclination and anteversion. The strongest effect was for pelvic rotation in the coronal plane causing errors in radiographic inclination (p < 0.01). One solution is to use a navigation system which adjusts its measurements based on patient movement after registration.

High patient body mass index (BMI) is associated with higher errors in acetabular cup position. During robot-guided surgery with rigid patient positioning, the error in anteversion was found to be significantly lower for the 50% of patients with lower BMI than for the 50% with higher BMI4. Similarly, Barrack, et al.1 found that the odds of a cup position outside of the target range increased as BMI increased1. These results are consistent with Australian joint registry data, which show that patients in the underweight, normal, and pre-obese classes did not significantly differ, but that patients in the obese class 1, obese class 2, and obese class 3 had significantly higher rates of revision5. Many of these revisions were due to dislocation. As discussed in an earlier post, the use of anatomical landmarking may contribute to this link between obesity and inaccurate placement of the acetabular cup.

Surgery is performed on an operating table, but the target acetabular cup orientation is in the standing position. The pelvis typically tilts between the standing and supine patient positions, and the amount of tilt varies depending on the spinopelvic anatomy of the patient6-8. This variation may contribute to inaccurate placement of the acetabular component7. We have previously discussed how to accommodate this pelvic tilt variation using an adjusted target for supine surgery and using a functional reference plane. 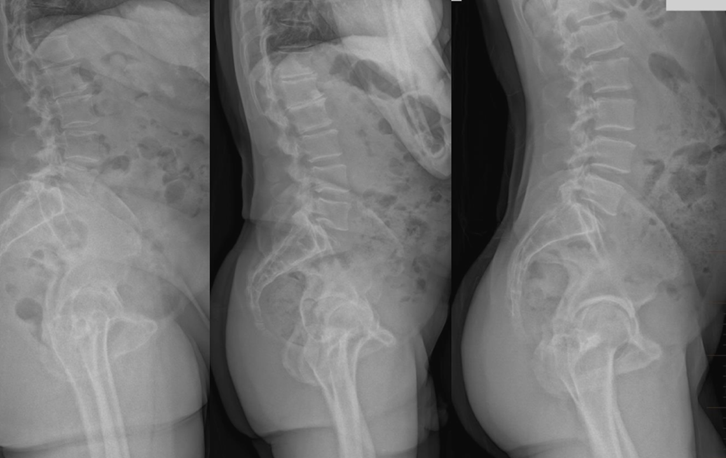 While it appears to be important to orient the acetabular component accurately, this accuracy is not easily achieved during surgery. Many factors appear to influence the accuracy of placement: surgeon factors, such as surgeon volume and surgical technique; and patient factors, such as body mass index and spinopelvic anatomy. There is a need for methods and technologies which address these factors.