A target cup position of 39° inclination and 16° anteversion could accommodate standing-to-supine pelvic tilt for the patient population in a recent study1. Using this adjusted target and a functional reference plane, 99.7% of patients are projected to be within ± 10° of the target for anteversion. Keep reading to find out why.

What is Pelvic Tilt?

The anterior pelvic plane is defined using the anterosuperior iliac spines (ASISs) and the pubic symphysis. 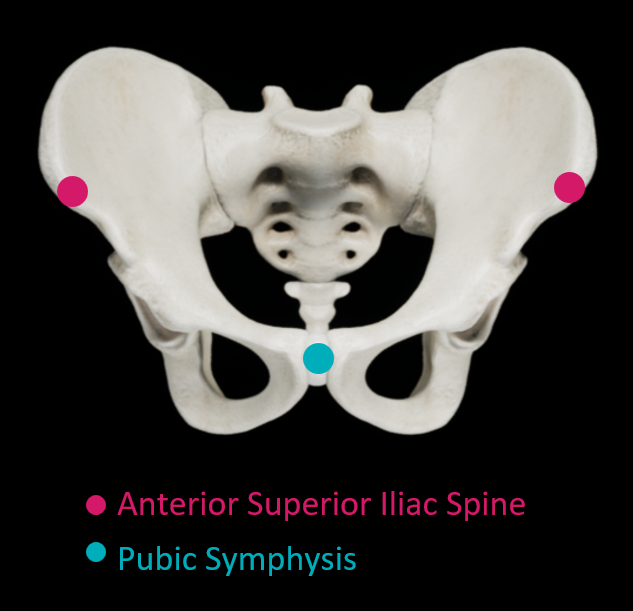 Pelvic tilt may be measured as the tilt of the anterior pelvic plane relative to the coronal plane2, shown here for a standing patient.

These patients were from consecutive Australian surgeries in 2014 and 2015, with an average patient age of 63 years and with 53% male, 47% female. 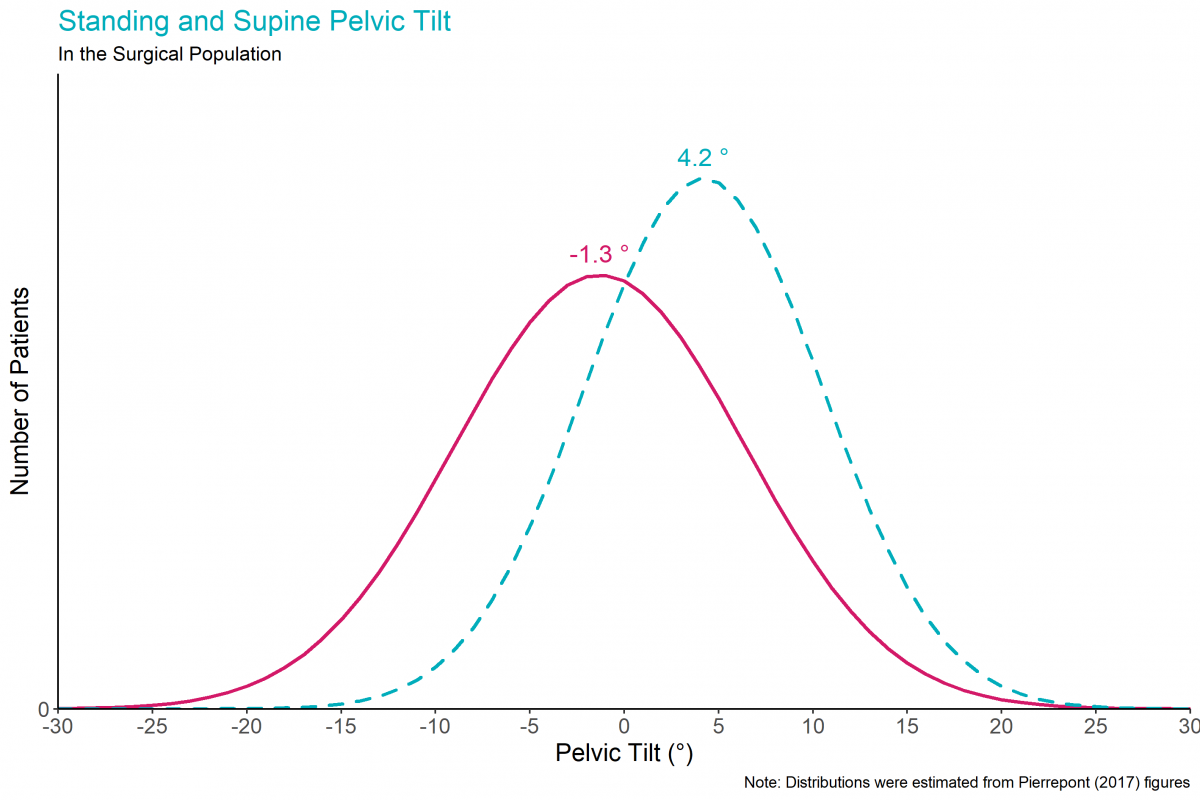 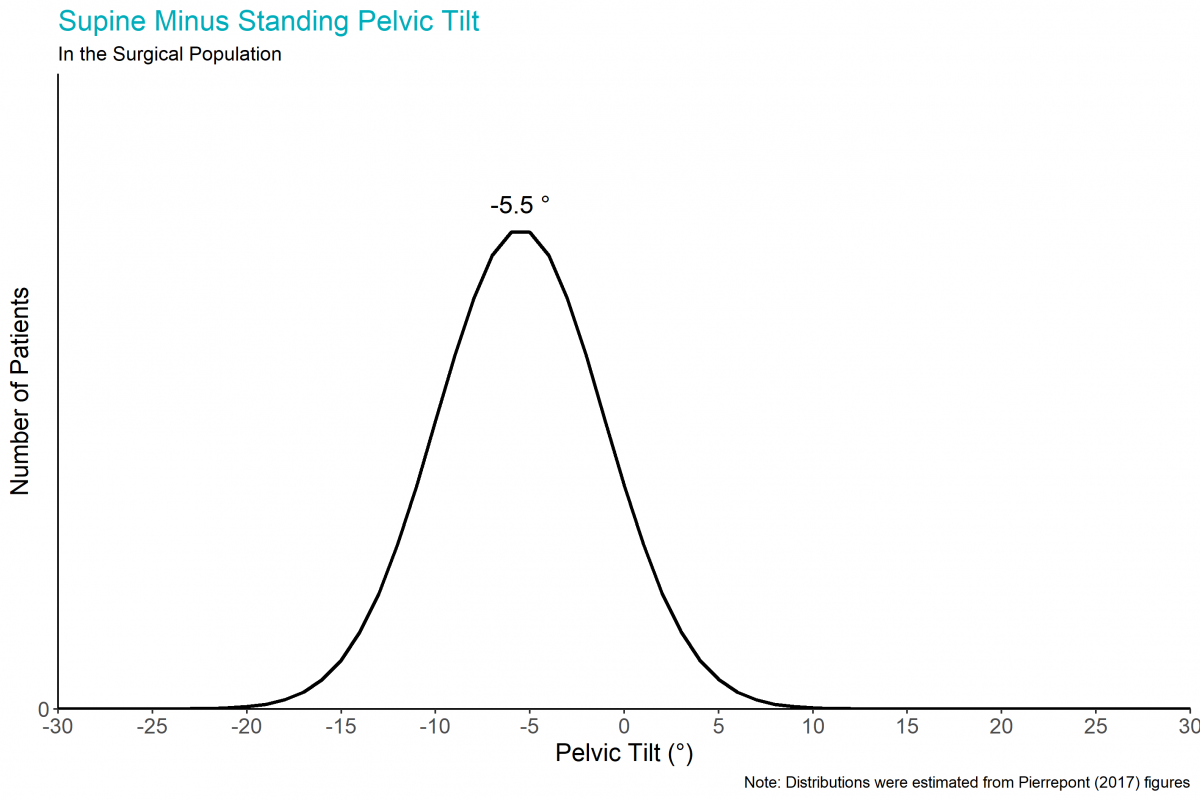 Why is Pelvic Tilt a Potential Concern?

With surgery in the supine position and the target acetabular cup orientation in the standing position, a potential concern is the effect of this supine-to-standing pelvic tilt on post-operative cup position. This effect can be quantified using the definitions provided by Murray4. A relative posterior change in pelvic tilt of 13° from supine to standing would increase the anteversion of the acetabular cup by 10°. Based on the above patient population, 6% of patients would have unacceptably high anteversion. 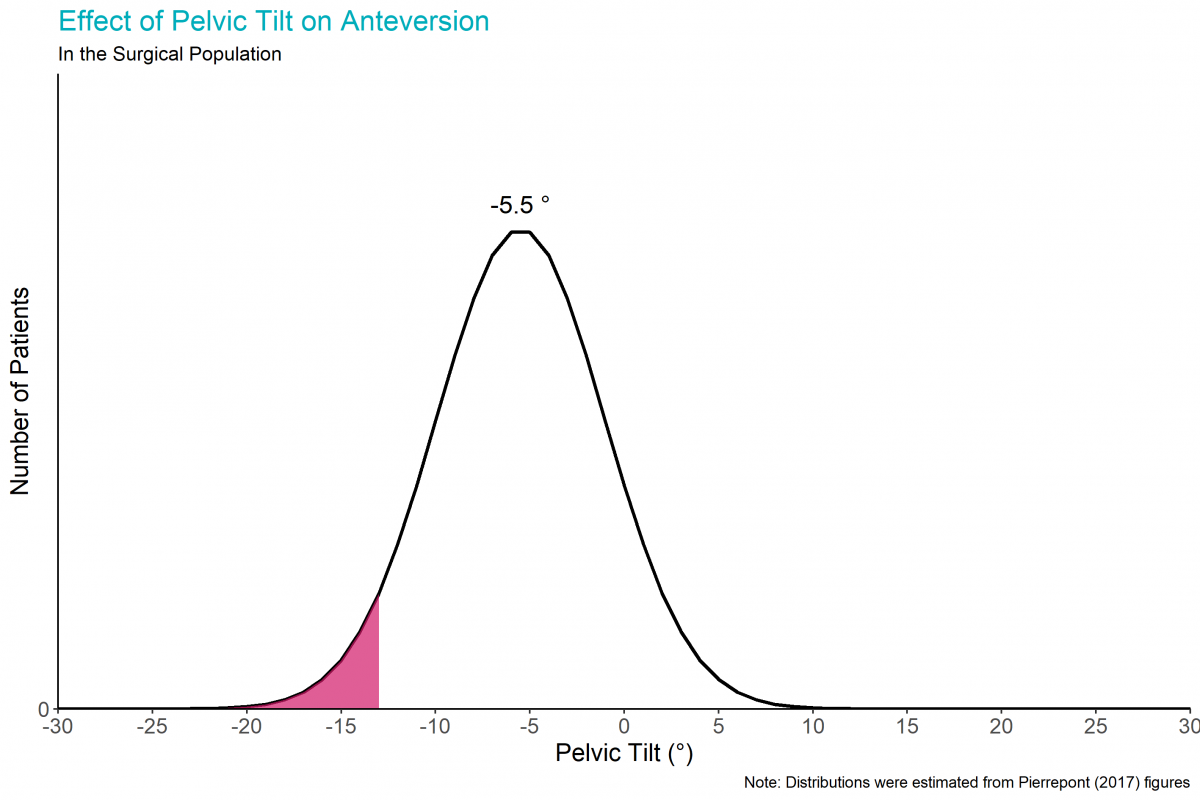 It is possible to adjust the intraoperative (supine) target for acetabular cup position so that the average patient has a 40°/20° post-operative (standing) cup position. 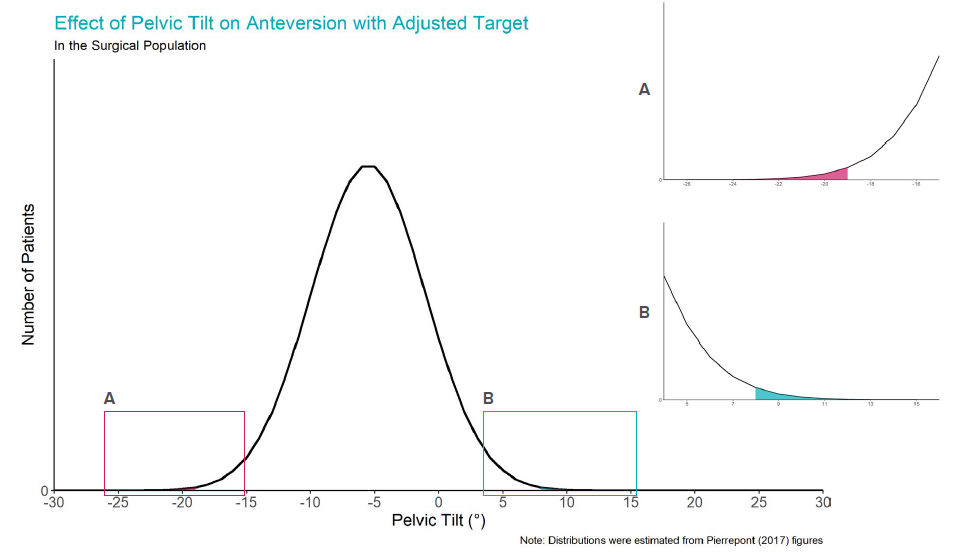 For the patient data that were analysed here, a target cup position of 39° inclination and 16° anteversion with a functional reference plane can accommodate standing-to-supine pelvic tilt. Using this adjusted target, 99.7% of patients are projected to be within the target of ± 10° for anteversion. Appropriate caution should be used in applying the learnings from this patient group to other patient demographics.