Measuring the Placement of the Acetabular Component

Placement of the acetabular component is often reported as two angles, inclination and anteversion. This post explains how these angles are calculated and whether these angles matter. 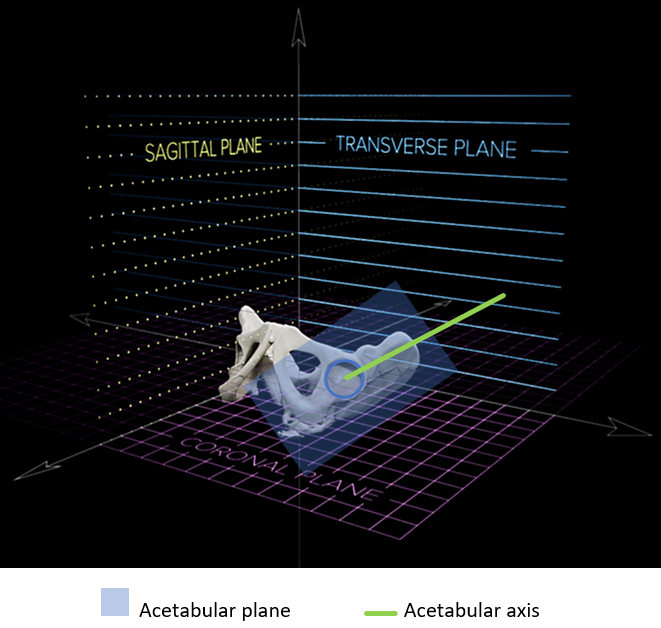 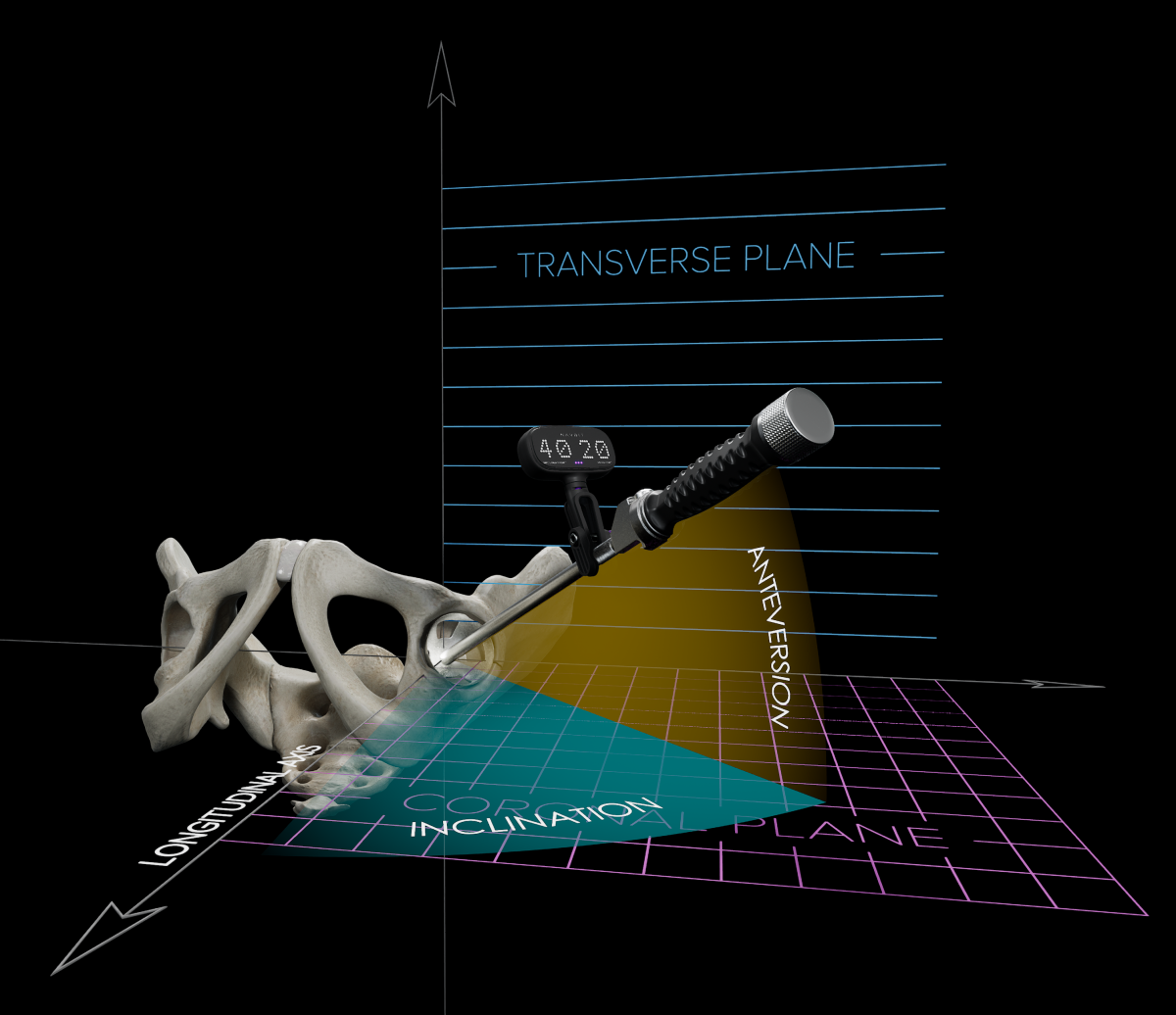 Do Acetabular Inclination and Anteversion Matter?

A broader question is whether acetabular cup position matters. Research suggests that it does.

In a retrospective review of patients after surgery4, for the 51.3% of revision THAs which were deemed avoidable, the primary reason for revision was suboptimal positioning of the acetabular cup, accounting for 48.3%.

In an Australian joint registry study5, using navigation to improve acetabular component placement was associated with a significantly lower cumulative risk of dislocation at 10 years (0.4%) compared with non-navigated surgeries (0.8%).

Based on these studies, improving the position of the acetabular cup is associated with lower rates of dislocation and revision surgery.